‘Muti conducts Mazzoli and Mahler at CSO’: With an underworld-inspired world premiere and heavenly ‘Rückert-Lieder,’ an embarrassment of riches

The Brooklyn-based composer’s residency at the Chicago Symphony Orchestra ended last year without its promised performance of “Orpheus Undone,” her 13-minute orchestral commission set to premiere in April 2020.

Audiences finally heard Mazzoli’s suite — inspired, as you’d guess, by moments from the Orpheus myth — on Thursday night in the capable hands of the CSO and director Riccardo Muti. It was worth the wait,bif sowing fresh regret that the pandemic wrested more such world premieres away from the Mazzoli-CSO partnership. With Mazzoli’s recent output tilting toward large-scale operatic works, as well as solo showcases for virtuosi like violinist Jennifer Koh and Third Coast Percussion, purely symphonic forays like “Orpheus Undone” have become increasingly rare for the composer.

Even without text, “Orpheus Undone’s” architecture flexes Mazzoli’s obvious flair for narrative. Mazzoli writes that the piece’s launching point is “the baffling and surreal stretching of time in moments of trauma or agony,” represented by a quarter-note pulse clacked out on woodblock that changes pace throughout the piece. Twice, strings are directed to play a figure “as fast as possible” before slackening back into measured time.

Those funhouse-mirror distortions warp not just tempo but timbre and pitch. The woodblock pulse is sometimes taken up by clanging cowbell, slashed chords, or the ominous, clocklike ticking of bowsticks against strings. In a memorable exchange, an open-string violin solo — fleetly executed by concertmaster Robert Chen — meets its antihero in brambly passage for solo viola, played with enviable facility and contour by beyond-excellent guest principal viola Beth Guterman Chu, visiting from the St. Louis Symphony.

When “Orpheus Undone” evaporates into thin air, the denouement is ambiguous at best. Whether Orpheus’s journey into the underworld is to be celebrated or disdained remains up to our interpretation. Muti kept it that way, directing authoritatively but sans podium pyrotechnics. He trusted audiences to draw their own conclusions.

That same subtle touch made his and the orchestra’s later performance of Anton Bruckner’s Symphony No. 2 soar — no small feat for the composer’s often-turgid symphonies. Their interpretive challenges are manifold: their monumental length, their pockmarked pauses, their obsessive motivity, and, most vexing for conductors, their many, many extant versions. The Symphony No. 2 alone has two versions and about four times as many editions, with Bruckner interpreters living and dying by their preferred cut. (For the record, Muti conducted a version based on Bruckner’s 1877 revision, edited by the late musicologist Leopold Nowak.)

So, ups to Muti and the CSO for a nuanced reading that not only smoothed out the symphony’s many seams but wasn’t shy to give even its most exalted moments a troubled tinge. The cutoffs to the first and third movements washed over the body like a plunge into a cold pool, exhilarating and shocking in heir might. The wistful opening lines of the second movement ached underneath its lyricism, violin accents like the pang of something loved but no longer had. Similarly, when Muti and orchestra summitted the major-key arrival of the fourth and final movement, the glittering modulation was specked with grit, as though acknowledging that this was a victory far too hard-won. Principal horn David Cooper, brass shapeshifter par excellence, shone throughout. It’s been a long time since I’ve heard a Bruckner this intriguing and completely, consummately rendered from start to finish — maybe never.

“Orpheus Undone” and that brooding Bruckner would have been enough to vault this program into the must-hear pantheon. Then, Latvian mezzo-soprano Elīna Garanča took the stage for Gustav Mahler’s “Rückert-Lieder.”

Garanča recorded the songs last year in a plummy Deutsche Grammophon release with conductor Christian Thielemann and the Vienna Philharmonic. Thursday’s performance arguably outshone it. Spring for interpretations by legendary mezzo Christa Ludwig (with whom Muti recorded the “Rückert- Lieder” in 1992, in the Vienna Philharmonic’s 150th anniversary concert) if you want effulgence and sheen. I somehow prefer Garanča’s wine-dark instrument and stately reserve, her vacillation between guardedness and pliancy making the songs’ sentimental sweep all the more profound.

It helped that the CSO performed the “Rückert-Lieder” in the order printed by the Vienna Philharmonic’s publisher, starting with the impetuous “Blicke mir nicht in die Lieder” (“Do not look into my songs”) and ending with the haunting “Um Mitternacht” (“At Midnight”). Many interpreters shuffle the order — after all, Mahler didn’t specify one himself when he set Romantic poet Friedrich Rückert’s verse at the turn of the 20th century, and the printed order consigns the set’s most heart-melting songs to the middle.

Garanča made a case for the Vienna Phil’s printed order — though one gets the sense her “Rückert-Lieder” would have stunned in any configuration. Her “Blicke mir nicht in die Lieder” played down the usual cheek, instead landing on the ears as an unusually bald-faced admission of vulnerability. Take what I’m about to say with a grain of salt, Garanča seemed to say, before nothing less than the truth unspooled from her lips.

Her voice softened as though melting into an embrace in “Ich atmet’…”, strings wafting sweetly under her, and the more twee “Liebst du um Schönheit” — the only song in the set never orchestrated by Mahler, a job taken up instead by his onetime copyist Max Puttman — managed to shrug off some of its usual artifice.

And even embedded in the middle of the set, it was impossible for Garanča’s “Ich bin der Welt abhanden gekommen” (“I am lost to the world”), the song at the cycle’s heart, to be eclipsed by any of the other songs. Orchestra Hall was utterly, reverently still as she sang the song’s final refrain, cradled by the orchestra and Scott Hostetler’s doting English horn: “I live alone in my heaven / In my love, in my song.”

A glimpse of heaven, indeed. But perhaps the great triumph of this program was all it had to say about the messy beauty of what happens right here on Earth, between Mazzoli’s underworld and Mahler’s pearly gates. The bitter bad makes such moments of serenity taste all the sweeter.

With such notable milestones as her designation as Musical America’s 2022 composer of the year and a commission from New York’s Metropolitan Opera for her fifth work in the form, Missy Mazzoli has taken her place as one of the major composers of her generation.

Local audiences got to know the 41-year creative talent in 2018-21, when she served as the Chicago Symphony Orchestra’s composer-in-residence, a position that heightened her international profile even more.

One of her crowning achievements of that time, a commission titled “Orpheus Undone,” was supposed to premiere in April 2020 but had to be delayed because of the COVID-19 shutdowns. The 15-minute work finally received its world premiere Thursday evening in the first of three concerts with conductor Riccardo Muti, and it proved well worth the wait.

It was constructed from musical fragments left over from Mazzoli’s 2019 ballet, “Orpheus Alive,” which she has described as a “messed-up retelling of the Orpheus myth.” This smaller orchestral work zeroes in on that moment when Eurydice dies and Orpheus decides to follow her into the underworld.

In her program notes, Mazzoli writes that she wanted to explore the “baffling and surreal stretching of time in moments of trauma and agony.” And that sense comes through clearly in this work, starting in the percussion with insistent, disturbing quarter-note taps on a wood block and steel brake drum–tick tock, tick tock, tick tock.

This ominous, unsettled and almost eerie piece, with its two interconnected movements, comes off as kind of organized disorganization. It is undone, as the title suggests, almost collapsing at times into a cacophonous chaos, with the strings bowing almost out of control.

Nothing really flows, nothing comes to together until the last five minutes or so, when longer, more defined musical lines emerge in the vibraphone and elsewhere, but there is never really anything that could really be called a resolution.

Instead, there are intersecting, overlapping bursts of sound–disorienting dips, slides and wavers and big, isolated, stereophonic chords. The piano (capably played by Peter Henderson, primary ensemble pianist for the St. Louis Symphony) enters prominently at times, but it seems lost, its solos oddly unsteady and aimless and weirdly repetitive.

Despite all the seeming disunity, there is a unity to this work, a definite sense of drive and build-up. As a whole, “Orpheus Undone” is an intriguing, entrancing work with just the kind of fresh, imaginative sound world that we have come to expect of Mazzoli.

The Chicago Symphony lavished the same care and attention on this new creation as it would on some prized masterpiece from the past, with Muti skillfully negotiating its every unsteady twist and turn and drawing forth its full emotional impact.

The orchestra moved back into familiar territory for the second part of the first half, offering its first performances of Gustav Mahler’s “Rückert-Lieder,” a 1901-02 set of five settings of poems by Friedrich Rückert for voice and orchestra.

Mahler is one of the great composers of art song, and this grouping includes a few of his finest examples including the meditative “I am lost to the world,” with touching solo work here by English horn player Scott Hostetler, and the culminating “At midnight.”

Making her Chicago Symphony debut as soloist was Latvian-born singer Elīna Garanča, with her dark- hued mezzo-soprano voice and probing, introspective approach suiting these songs well. She was at her best in the doleful “At midnight,” as she returned to the title’s repeated phrase, each time with a slightly altered vocal shading and delivery reflecting the subtly shifting emotions of pathos and regret.

The second half was devoted to Anton Bruckner’s hourlong Symphony No. 2 in C minor, and Muti and the orchestra delivered a resounding and masterful take, deftly highlighting every peak and valley of this sweeping musical journey and making sure listener attention never flagged.

With these concerts, Muti and the orchestra have presented six of Bruckner’s 11 symphonies, including a June 2016 set of performances of the Symphony No. 9 that was released as a live recording on the CSO Resound label.

There were highlights aplenty from the bright, kinetic take on the third movement Scherzo to the subtle drama of the slow second movement, with every instrumental section getting moments in the spotlight along the way, including the orchestra’s first-rate if sometimes overlooked double-bass players. 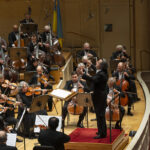 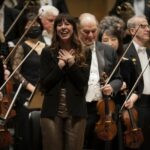 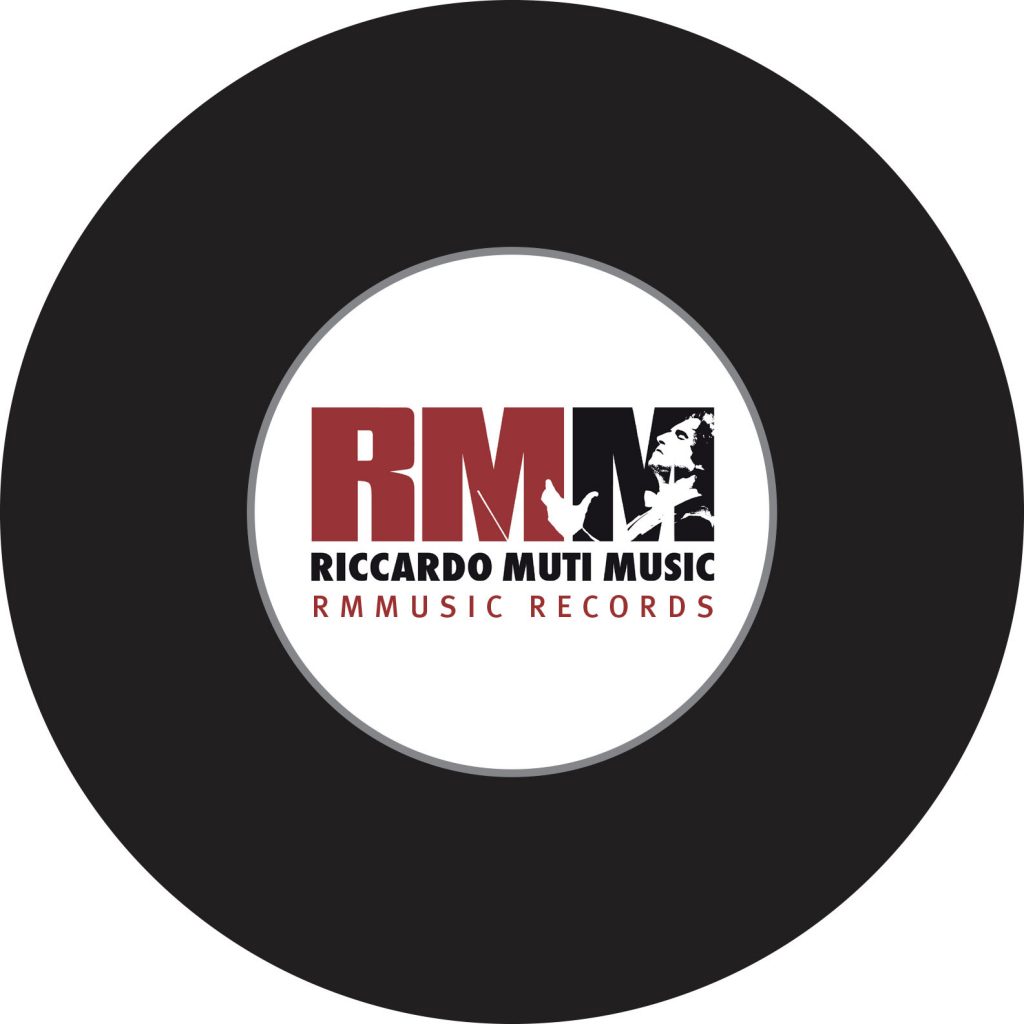