Muti and the “Requiem”: great emotions in Chicago

Muti and the “Requiem”: great emotions in Chicago

Riccardo Muti remembers his first conduction of Giuseppe Verdi’s Messa da Requiem, in the Basilica of San Lorenzo in Florence in 1971, when he was thirty. He was about to attack the very solemn first bar of that great musical fresco when his glance fell on one of the pulpits by Donatello very close to him, with figures lit up in a way that intimidated him. However, he still managed to proceed, the concert was successful, and since then the Maestro has conducted the Requiem many times all over the world – once, even in the church of San Marco in Milan, where Verdi himself had conducted it for the “premiere” in 1874, on the first death anniversary of Alessandro Manzoni, whose memory the work was dedicated to.
Since last Monday, Muti has been rehearsing and conducting the Requiem in Chicago, where his honeymoon with wonderful Chicago Symphony Orchestra – of which he has been Music Director since 2010 – goes on intact. You understand it not only by his words, but also from all musicians we could talk to. There is perfect harmony, understanding, mutual respect between musicians and conductor that can rarely be found in the orchestral world.
Muti is very clear and determined in the interpretative details he asks his co-workers for, but he is as wise as only the most combative conductors can be: he perfectly understands what the orchestra can give, tries to achieve as much as he can, but knows exactly how far he can get. Therefore you don’t see here what often happens when many years of musical life together lead to frictions between orchestra and conductor and to situations where you start hearing “I can’t stand it anymore”.  In Chicago, relationships are calm and at the same time enthusiastic. And the results of this love story can be literally felt. The interpretation of the Requiem emerged during the rehearsals on Monday, Tuesday and Wednesday is dramatic but not in the rough and spectacular way that often afflicts this extraordinary work. Of course, in the “Dies irae” that magnificent orchestra unleashes all its imposing violence in an impressive way: there is, among other things, a small percussionist who simultaneously hits two large bass drums with a force that almost makes the Orchestra Hall tremble or causes a tsunami in Lake Michigan nearby. But even more impressive are pieces such as the “Lux aeterna”, in which Muti highlights the contrast between the bright future prospected for the saved – a splendor praised by the mezzo-soprano Daniela Barcellona, supported by the tremolo of the first violins in their high register – and the dark response of the bass Dmitry Belosselsky accompanied by the equally dark chords of bassoons and low brasses and the trembling of the kettledrums – which brings us back to the pain of inexorable and inevitable death.
Impeccable also the choirs of the Chicago Symphony (prepared by Duain Wolfe), who follow Muti as if their life, collective and individual, depended on him. Bright and impressive the two soloists Vittoria Yeo, soprano, and Barcelona; less exciting but still up to their task, tenor Piotr Beczala and Belosselsky. Overall, it would be difficult today to imagine a more refined, deep, or moving interpretation of this masterpiece. On Thursday evening, at the first of the three Requiem performances, the audience went into raptures. It is true that this happens often and everywhere, but at least this time we can say that the applause and the hurray were more than deserved. Blessed music lovers of Chicago: we hope they realize their great fortune! 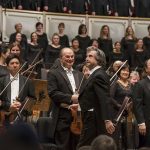 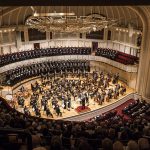 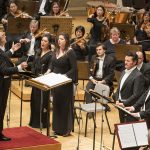 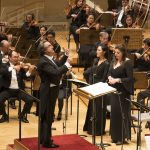 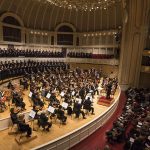 In order to keep up-to-date on new releases,
subscribe to the newsletter here.