“The Academy for young conductors is based on teaching how the Italian opera is prepared, including Mozart in Italian. It’s the third edition, after Falstaff and La Traviata. Aida is waiting for us at Teatro Alighieri in Ravenna from September the 1st to the 14th. We had countless applications from young conductors coming from all over the world. It is about a serious way of teaching, not the only one, coming from Toscanini’s concept of rehearsal at La Scala. This was later adopted by Votto, my own teacher. I see young people from Moscow, Buenos Aires, Beijing that have no idea on the preparation plan, most of all today, in a musical world that completely divides the works of conductor and director. When I was young, in Florence, if there were holes in the direction, the conductor was blamed as jointly responsible, as he was supposed to dominate everything from the podium. Today, conductors don’t account for the direction.”

“The spirit of a lab from the Renaissance where you try to build the secrets of the musical construction. Two weeks of study until the performance in the concert form. The presentation at the piano and all the rehearsals: with singers, orchestra and choir are open to the public.”

Full interview by Valerio Cappelli from the magazine Amadeus, July 2017: 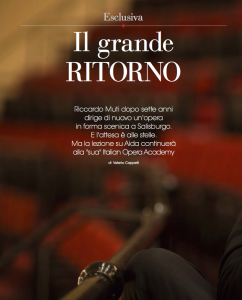 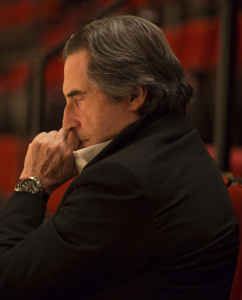 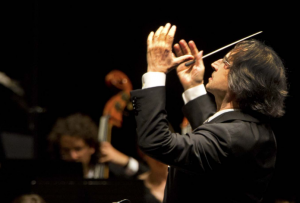 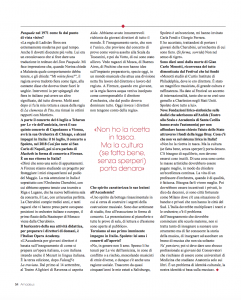